A good place for horror writers. Why not enter a flash fiction contest?

Authors, we’re looking for fantastical tales of mythical monsters and legends from around the world.

Since this is a flash challenge, your word count is 1,000 words max. I'll personally read all the submissions and post the best 10 to 20 stories here on Patreon (to our $5 a month and higher tiers). Our patrons will then read all the entries, posted one per day, and vote for a winner.

The winner will receive 3c USD per word, publication in a future Crystal Lake publication (anthology or magazine), and an author spotlight in our newsletter and here on Patreon. Please email your submission in the body of an email to crystallakepub@gmail.com. Your email subject should be the title of your story. The deadline is end of June, whatever time zone you live in.

Until then, be sure to also check out OF MEN AND MONSTERS by Tom Deady, “A heartfelt, perfectly executed coming-of-age story about surviving trauma and what it means to be a monster”—Christopher Golden

Posted by Happy Horror Writer at 12:44 PM No comments:

Lots of Smelly, Gooey Stuff in House of Hollow

It took me a little while to get into House of Hollow, but about 50% through the story became quite adventurous and moved along at a galloping pace. You'd move fast, too, if a dead guy with a bull's skull for a head was chasing you! There's all kinds of gooey stuff in here: floaty souls bobbing around in murky water, mold, dead leaves, and ants stuck in throats, stinky flowers growing out of wounds, and one character who rolls his eyeballs a lot. If you follow my reviews you know that the massive amount of eyeball rolling in YA drives me nuts. I've climbed on curtains and chewed furniture from all the eyeball rolling.Fortunately, my eye-ball-o-meter barely clicked past annoying on House of Hollow, and my smirk-o-meter only wiggled. So, thank you to the author for not making me crazy.This is kind of a "life is unfair" book, but nobody reads horror thinking they'll get Little Mary Sunshine. Except me, maybe.People rarely thank their libraries, so thank you to my local library for making House of Hollow available on Overdrive. I can check out books in my pajamas. How the books got into my pajamas, I'll never know. 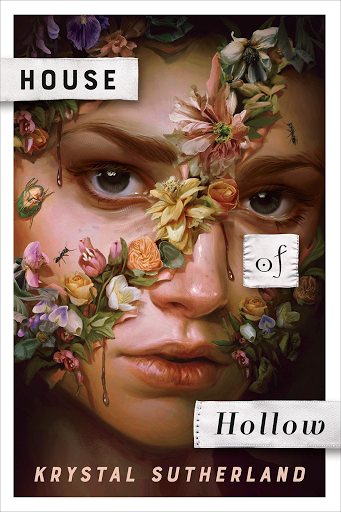 Posted by Happy Horror Writer at 1:04 PM No comments:

Women's Healthcare Has Been a Horror Story

Posted by Happy Horror Writer at 9:32 AM No comments:

Posted by Happy Horror Writer at 4:43 PM No comments:

How Could I Forget to Mention This?

My flash fiction, Deeper, is a finalist in Crystal Lake's monthly contest. This month's theme was Trapped! I wrote a story about a guy buried at sea. Unfortunately, he wasn't dead when they buried him.

You'll be able to read Deeper if you subscribe to Crystal Lake's Patreon page. It's well worth it, although I don't subscribe because I'm freakin' poor. So, buy books with my stories in them so I won't be poor all my life.

I'm also in Volume 7, so buy that one, too. Buy all of them! That's only eight dollars for eight anthologies of flash fiction horror.

Posted by Happy Horror Writer at 6:24 PM No comments:

Mr. Tibbs Deserves So Much More Review of Blood in Electric Blue

What about Mr. Tibbs? WHAT ABOUT MR. TIBBS!

Dignon is a nice guy who loves his cat (Mr. Tibbs) but people around Dignon, through no fault of his own, (except for one guy) keep dying.

Blood in Electric Blue is one of those horror books where it's hard to tell if the horror is really happening or if it's a figment of the protagonist's imagination. There is a prologue where a siren comes out of the sea, but since Dignon has several horrible nightmares throughout the story, it's hard to know what's really happening and what he thinks is happening.

This is not a bad thing. There are lots of classic horror stories where the reader isn't sure if it's a ghost story or a mental instability story. Are his siren and his criminals monsters or are they regular people that Dignon has imagined to be monsters?

His nightmares and his reluctance to be out in the world stem from horrific child abuse--terrible child abuse. This may cause triggering, so beware.

The writing was very good. A few times Dignon's sister seemed a little preachy, kind of like one of those affirmation folks, but, as she was a victim of child abuse (and abuse as an adult as she was attracted to that kind of man) I think she was trying to make herself and her brother feel better.

But, Dignon, leave some food and water out for Mr. Tibbs and a note for your sister to come and take care of him. After all, Mr. Tibbs deserves it. 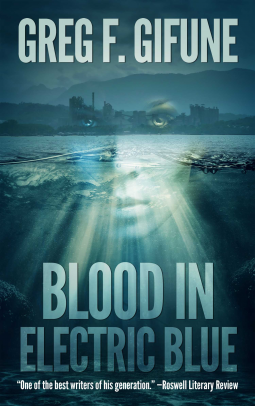 But, damnit, leave some food and water out for Mr. Tibbs and a note for your sister to come and take care of him. After all, Mr. Tibbs deserves it.

Posted by Happy Horror Writer at 6:14 PM No comments:

My Smirk-o-Meter has Topped Out.

If you follow my reviews here, or on Goodreads, or on Netgalley (that's me all over the place,) you'll know that I'm greatly peeved, irked, annoyed, and flabbergasted by current books having their characters all react in the same ways to everything that happens to them. I thought novelists tried to be different than each other, but I keep reading the same shortcuts to characters' emotions.

I just read The House of Salt and Sorrows. By page 17 the characters had already smirked, bit their lips, and rolled their eyes. I burst out laughing at the second smirk. Since a funeral had taken place and the family was in mourning, laughter probably wasn't what the author aimed for.

In one book I read (Long Way to a Small Angry Planet) three different characters smirked on one page. That's three smirks in 250 words!

Here's the words that are overused instead of showing real emotions.  Smirked. Rolled her/his eyes. Balled their fists. Bit her/his lips. Bite lips until they bled.

Coming up fast in being overused in every book is:  He rubbed his thumb along her jawline. (My God, that's been in all the most recent books I've read.) "Words, words, words," she hissed.  And now writers are using sneered to mean someone said something, as in "I hate you," she sneered. But, sneer is a curl of the lip. Anyway, sneer is growing as a way of saying someone said something angrily. Why not say, "I hate you," she said as she poured a bottle of India ink down his favorite white Colonel Sanders' suit."

Recently I read Klara and the Sun by Nobel Prize for Literature winner Kazua Ishiguro. The story is full of teenagers but there is no eyeball rolling, no smirking, no hissing, no lip biting, no balling of fists. It was refreshing.

There is a reason some writers win the Nobel Prize for Literature while most of us don't.

I'm begging people to think when they're writing and not use the same thing everybody's using.  Maybe if I read one book a year I wouldn't notice this. But, I read about 100 books a year and my smirk-o-meter needs oiling from all the overwork.

Posted by Happy Horror Writer at 1:35 PM No comments: